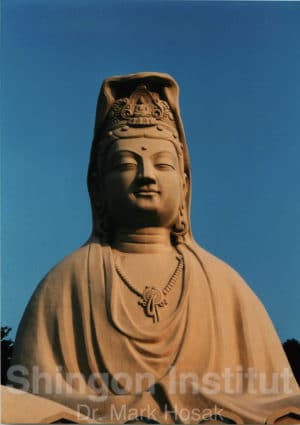 “Love at first sight”, “Talk in private”, “Turn a blind eye” – no other sensory organ is as central to our everyday lives as the eyes and you are certainly familiar with these phrases.

Inhalte Verbergen
1 How the eyes help us
2 Eyes – a gateway to the soul
3 Eyes open or rather closed
4 How to use Reiki for the eyes
5 Eyes and extrasensory perception
6 The eyes in traditional Chinese medicine
7 The eyes and chakras
8 Eyes Reiki – Mindfulness and Compassion
8.1 Eyes Reiki

How the eyes help us

Although all of our senses are important, most people place a very special importance on the eyes.

For one thing, our eyes help us find our way in the world. Especially in the age of SocialMedia and the Internet, we use our eyes to read a multitude of chat messages and consume lots of images every day.

Eyes – a gateway to the soul

But the importance of the eyes goes far beyond that. Even people who do not consider themselves particularly spiritual often attribute things to the eyes that go beyond what can be sensually grasped and have a clear supersensory character.

Thus, the eyes are considered a gateway and a mirror of the soul, which tell us something about the character of a person. It does not matter whether someone wants to show us his true nature or not.

Because looks speak volumes and so you can’t look someone in the eye when you’re lying or something else is going on.

Eyes open or rather closed

If we don’t want to admit something, we close our eyes to reality. As we all know, we can become blinded by love until, after the great infatuation, the rude awakening comes at some point and we ask ourselves: “Why didn’t I see that sooner?” Maybe you have experienced this too.

Since our eyes play such a central role in almost all areas of life, both in the sensory world and in the metaphysical realm, it is recommended that we also pay appropriate attention to them and take good care of them.

How to use Reiki for the eyes

With Reiki you can support your eyes holistically and boost the self-healing powers of your eyes. For example, after a long day in front of the computer, you can stimulate the detoxification of your eyes and promote their regeneration.

Sure it feels great to first hold your Reiki hands over your eyes after work and just relax. It’s even better if you also get up and move around a bit at some point.

In the event Eyes Reiki you will learn a simple practice to energize overstrained eyes. The movements are pleasant for your whole body and after some time can help regulate visual acuity.

But you can do much more for your eyes with Reiki. The focus of this method is not and never has been on the treatment of symptoms and diseases. You can read about this on the memorial stone of Mikao Usui, it is explicitly mentioned in two places.

In Shingon Reiki we return to the original roots of Reiki and dedicate ourselves with heart and soul to the guiding principles of the founder of the method, Mikao Usui, in order to live and spread Reiki as he wished.

Mikao Usui was primarily concerned with spiritual and personal development, that is, a spiritual path. On this journey to yourself, you can also find healing, in a holistic sense that encompasses your whole being.

That’s why holding Reiki hands over the eyes is a great thing, but to be perfectly honest, it’s just the teeny-tiny tip of a rip-roaring iceberg.

If you are already practicing Reiki, you may already know sensations in your hands when you give Reiki. This can be warmth, cold, tingling, a pulling sensation and much more. These perceptions are part of the training of psychic abilities and are used in Byôsen to scan the aura of the client.

Your eyes can also be trained in extrasensory perception. Energies are often “translated” into colors and lights with the subtle eyes and with time it is possible to perceive the aura of the body and energy fields in rooms.

It is useful to practice Reiki and Qigong if you want to practice subtle vision. Through exercises with qi or ki – life energy – you can develop a good feeling for energies if you use them regularly. The eyes take a central role here and are well relaxed at the same time.

The eyes in traditional Chinese medicine

All three are yang meridians. Yang stands for activity and, as is well known, our face points forward, in the metaphysical sense towards the future. Reiki applications to the eyes can therefore help you to actively tackle the shaping of your future and go your way.

In addition, each meridian is assigned to an element of TCM and certain life themes, on which you can have a harmonizing effect with Reiki.

For example, the bladder meridian is assigned to the element of water, which in TCM and Feng Shui stands for your life planning and your career. If you have an issue in this area, you can start there to crack it and develop personally.

The eyes and chakras

Surely you know the sixth main chakra, which is often called the third eye. It is located between the eyebrows. Strictly speaking, the intuition chakra is there, but there is a bit more to the Third Eye. On the root of the nose there is another chakra, called the will chakra.

The sixth main chakra stands for your vision and your life path. The Will Chakra helps you to focus and muster the strength to implement your vision.

If you have self-doubt about your life’s path, think your dreams are out of your league, or are simply easily distracted, it is helpful to take care of your Will Chakra.

On the back of your physical eyes are the eye chakras. They are also part of the Third Eye and are used in Qigong to view the body from within.

You may have already tried body meditations, very popular in mindfulness training is the bodyscan. This exercise is very relaxing and at the same time brings your energies into flow, because the Qi or Ki follows your attention and is directed to all areas of the body during this meditation.

If you train your inner eyes, you can scan your body from the inside and learn to send energy specifically to areas of the body where it is needed. This way you develop a high level of body control and body awareness.

Colloquially we say that we see with our eyes, but strictly speaking this is not true. The image is formed in the visual center in the brain.

The visual center is related to traumas that are blind spots, so to speak. Through targeted Reiki applications in this area, you can also stimulate and support the self-healing powers of body, mind and spirit.

In the West, Reiki exists to some extent as a method without a cultural context, which is also clearly distinguished from other spiritual disciplines such as meditation or Qigong. Originally, this separation and pigeonhole thinking does not exist because Asian philosophy does not tick like that.

Reiki emerged from several traditions because Mikao Usui was very diverse and absolutely brilliant. Part of these traditions concerns the ritual script of Sanskrit, the so-called Siddham or Bonji.

These signs were adopted in Japan and one of them was the precursor of the mental healing symbol in Reiki. One of the siddhams is used in the loving eyes meditation, which is about compassion for all living beings.

The cultivation of compassion can be enormously transformative and very liberating – so we can really recommend that everyone look into it. Compassion releases an energy and processes that can only be described as magical.

Both in cases of excessive empathy and in cases of lack of empathy or callousness, compassion has a regulating effect. Through compassion, you come more and more to be open and kind in every situation of life. It makes you stronger because you can look where others prefer to look away.

It is recommended for Reiki practitioners to study compassion in order to build a good rapport with clients and students.

We sincerely hope that this article has helped you on your Reiki path. If you would like some support or would like to learn more about Reiki and eyes, come to the Augen Reiki Event. We are looking forward to seeing you!

Regulate your inner and outer visual abilities. Sharpen your eyes to see illusions of the mind with the power of the Loving Eyes Mantra Initiation to release karma and trauma connections and cleanse your true eyes.
More info

Are you looking to increase your Reiki abilities in perception and application?

With Shingon Reiki we help you to:

Don’t miss out on your chance to experience the power of Shingon Reiki. Sign up for a free online initial interview and find out how to enhance your Reiki skills

Sign up now!
This site is registered on wpml.org as a development site.